Excerpts from Karrer’s performance in collaboration with musician and MAX/MSP designer David Simons. Based on the late artist Chen Zhen and his sculpture Traitment Musical/Vibratoire, commissioned by the Hudson Valley Center for Contemporary Art (HVCCA). The artists play Zhen’s sculpture, triggering sounds and images with web cam. Premiered March 2014 at HVCCA, Peekskill, NY.

Two performance excerpts utilizing sculpture as conceptual reference points. In these works I seek to integrate myself as an element, rather than appearing as a featured performer. https://vimeo.com/83324939

A multi-arts performance examining the life of Charles Darwin. Karrer links her life stories with Darwin’s to illustrate and link personal, historical and scientific elements from Darwin’s breakthrough theory of evolution.

Premiered at the Living Theater/NYC in 2008, followed by tours to universities and cultural venues throughout the U.S. 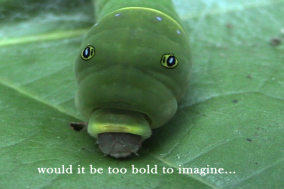 Full performance of Schismism at Binghamton University, 2010 (54:54). Guests of EvoS Department of Evolutionary Studies, at the invitation of David Sloan Wilson, Distinguished Professor of Biology and Anthropology. https://vimeo.com/16895155

This performance examines the global landscape and diversity of the American voice and the American experience during the Bush Administration, illustrating a common ground of lives both fixed and in movement, grounded and ungrounded.

The excerpt below (7:25) features a soundscape of war journalist Jon Lee Anderson, with stilts, fluorescent “bomb” belt, and a triggered light device created in collaboration with sculptor Gregory Barsamian.

Karrer’s narrative is based on the 17th century Javanese legend of Roro Mendut, a strong and independent woman who resists the tyranny of oppression put upon Indonesian women of that period. The production explores cultural mores such as gender hierarchy, sexual taboos, self-immolation (death by kris knife, practiced by widows and servants), the impact of tobacco in Javanese society and the introduction of written text into the royal courts, transforming and formalizing traditional oral storytelling. 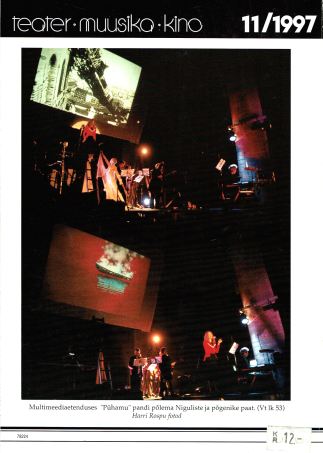 PUHAMU explores the history of Estonia before, during and after the Second World War, and incorporated stories and personal histories of people who had escaped the country, those who managed to return, and those who had never left. 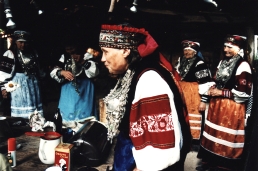 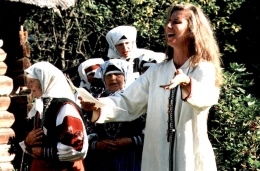 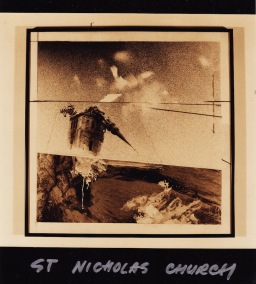 The focus of PUHAMU was the Niguliste church itself. It had served as a sanctuary for precious artworks in the 13th century, and its baroque-era steeple has been bombed, burned and rebuilt several times over the last century.